Not released, only test pressing exists. Should have been released by Requiem Productions, but never did. This 7" EP from 1989 Includes; 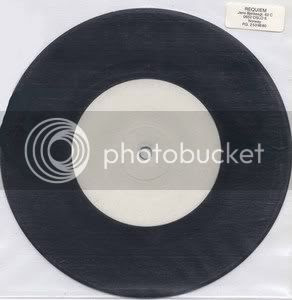 There exists only ten copies as test pressing off this record. Due to lack off money the record didn’t make it longer than to this white label test pressings in 1989. Originally was this EP to be included in the fanzine Requiem #44.

The Haters contribution was titled “Forvandle” (Norwegian for; change, transformation) on the master tape that Requiem got. On the official discography the contribution has changed name to “Bangoog”. What title is correct, I don’t know? I have used “Forvandle” on this vinyl ripp. 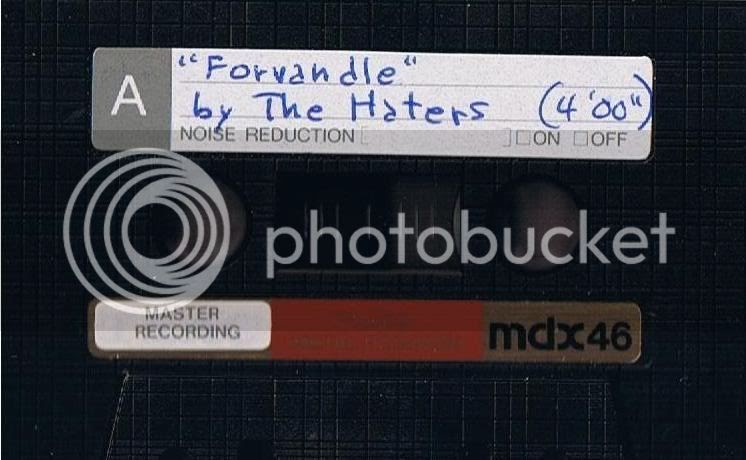 I guess that GX Jupitter Larsen & The Haters are so famous that readers off this blog is familiar to them. PLX-15 has been presented on this blog before. If you need to know more about the Haters and PLX-15 follow this links;

Njurmännen was a group from Sweden that released a lot off cassettes as well as singles and albums. Even a label was indirectly called up after them; Cold Meat Industry.

They started as band in September 1983. They was then; Magnus "AIR" Axelsson, Göransson (aka Shadow) and Johan "Mhugh" Linden. Shortly after they got Bosse "Bob Galban" Davidsen in the band. This line up did their first concert late 1983 or early 1984. Shortly after Galban quit. In easter 1984 the trio makes their first cassette (Hvem är Pavul?). While working on their second cassette album "Fejmert betong aktivator-reliker", they was expanded with Stefan Karlsson. With him they played some concerts. In January 85 both Mhugh and Karlsson quit. As a duo the rest off the band record "Masters 1992" in february 85.

During spring 1985 they became a trio including Peter "Linda Baby Doll" Andersson. As a trio they played their famous concert in Mjölby that later became (Njur 004). During summer 1985 they got Bobo Wieslander as livemixer and later studio producer. During fall 1985 Jonas Skoglund became their new bass player, after several persons had been in and out off the band. With him they recorded their marvelous album "CP" during the winter of 1986.

In August 1986 Skoglund quits and they continue as a trio. This line up make and preform a rock opera. First performence was in November 1986. Same month they recorded their first 7" "She's A Fucker". After 1987 i don`t know much. This is it; Doll quit after a while somewhere during the 90`s and the rest have recorded under the name Rotten Beak in a short period of time before they took back Njurmännen again. In 1997 they had a break, since then they have been back with two different line-ups. Any additional information on Njurmännen is more than welcome.

STOPP PRESS; Njurmännen is playing on the Oslo Poesifestival, in Oslo, Norway on 3. November 2007. And Njurmännen admits their web could be more up to date. They are working on updating it.

Several Njurmännen and asociated artists/bands cassettes can be bought here.

Njurmännen videos on YouTube includes these two; Telepathic Hotline and San Francisco, Both videoes and more can be downloaded here.

Axelsson was pre Njürmannen in the Swedish punk band Mackt. More about them here and Lina B. Doll later solo as Dutch Nepal. He was also involved in the label Cold Meat Industry. Interview with Doll can be found here. Shadow later in Distortion Cowboys. Shadow has some novels in the book "Ut ur en pervers mænniska-b noveller (Njur 010) booklet. 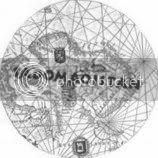 Sadomaoistan was a band from Tromsø, Norway and was startet in 1985. Originaly they was musically a mixture off geniale dilletanten movement from Germany and more dark industrial music like Laibach and Coil. The track on this compilation is from that time. The band moved to Oslo late 80`s where they was a cult band among the more fetish/S&M/Gay communitys.

In this period they released their first (and only) cassette "1. Mai 1985 > 1. Mai 1988“ (Requiem) in 1988. It was described as the Norwegian answer to Laibach because off its mix between fetish, music and lyrics. In the first period the band included among others; Ivar R. Friis (R.I.P.), Jørn Bårtdgard, Halvard Haldorsen and Bjørn Rune Haugsbø. Haugsbø had quit the band before they moved to Oslo so the cassette is done as a trio.

Later they ended up as a more or less solo project for Halvard Haldorsen and musically they was changed into more techno and rave oriented music, even described as industrial acid house. At this time Haldorsen had friends and musicians with him in studio as well as on stage when he needed them, so call it a band would be too stretch the meaning off the world too long.

Haugsbø is now active in the solo project Immigrant. Haugsbø has also played in Tromsø band Trafo. Haldorsen was also a DJ at the gothic club Kjettersk kjeller, and probably still is. Haldorsen, as Sadomaoistan, has done several performance/concerts together with Genitalia. Fetish in every way was exposed at anyone who took the chance. Even did some TV shows on a smaller TV channel. Haldorsen has since then worked a lot with TV both in front off the camera and more on the production side. Haldorsen later in the duo The Machines. 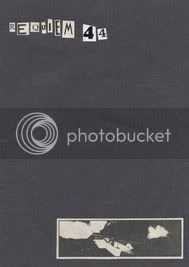 Get REQ 013 here and scan off Requiem #44 fanzine (in norwegian mostly) here. 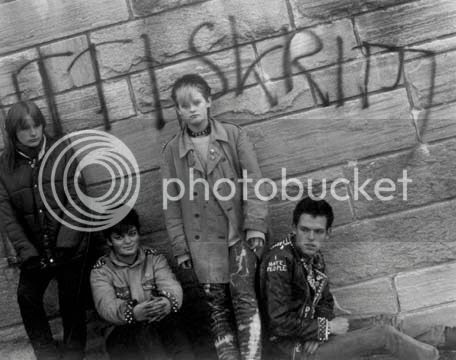 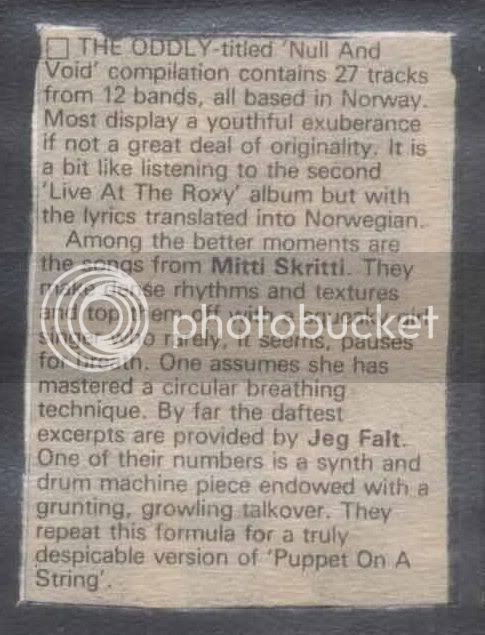 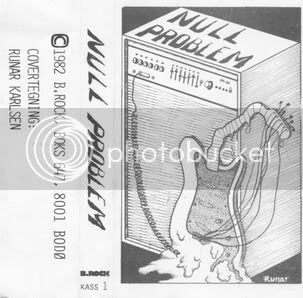 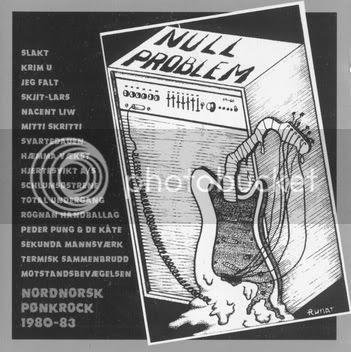 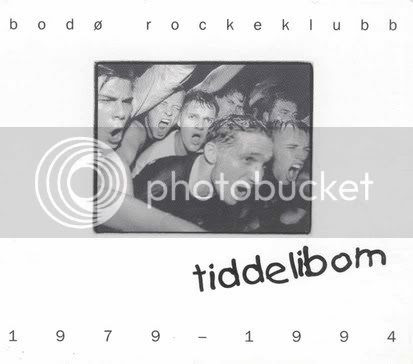 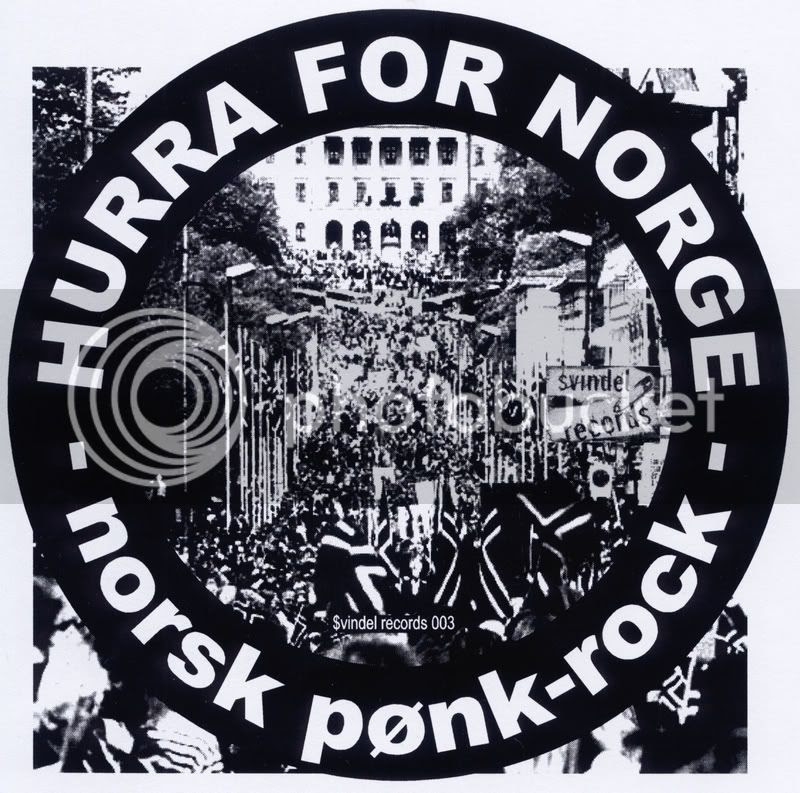 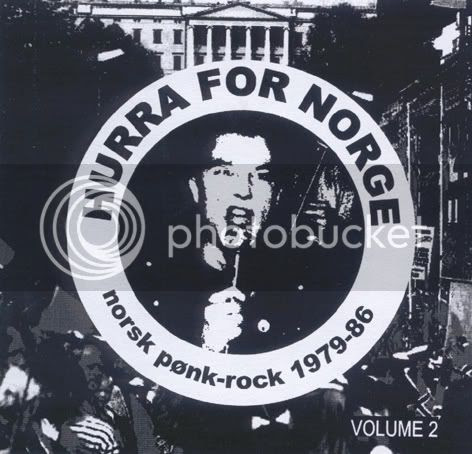